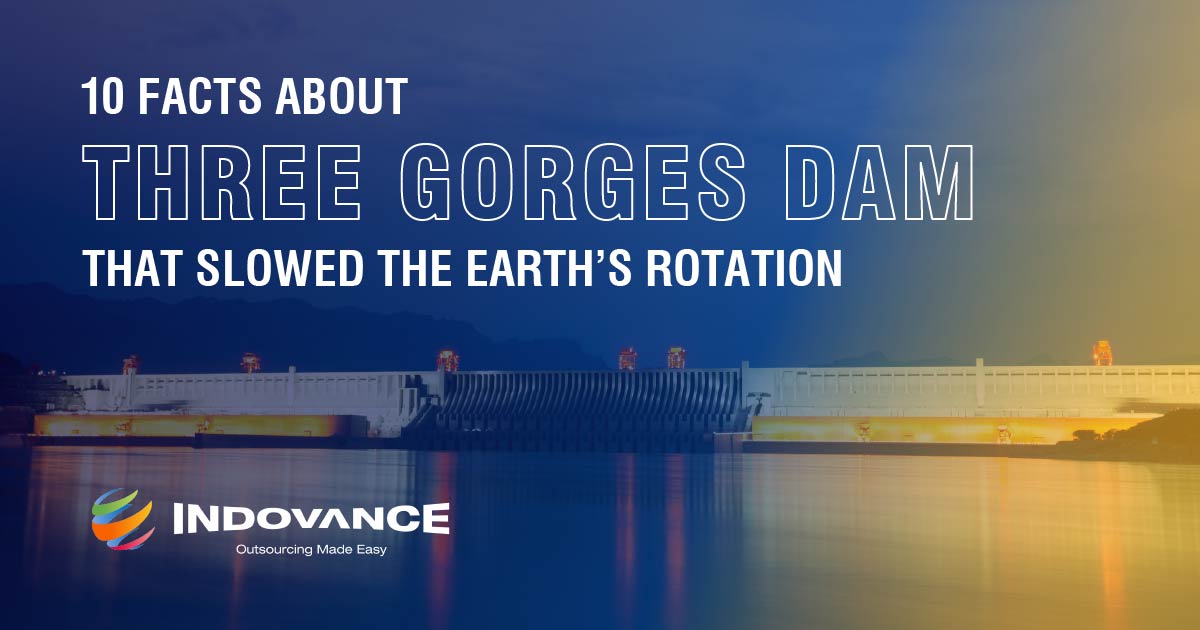 Three Gorges Dam was completed in 2003 and is presently the world’s largest hydropower dam. The project began in 1994 when China was looking for a cleaner and more effective way to create energy to meet the demands of the country’s rapidly growing population as well as the advancement of technology.

China’s Three Gorges Dam is among world’s most ambitious and contentious undertakings. This dam also served another crucial purpose. Because of the Yangtze River’s size, the locals were subjected to floods, particularly during the rainy season, affecting millions of people. The dam was designed to improve the quality of life for the inhabitants of Hubei Province, but it actually made matters worse and retarded the earth’s rotation.

Let’s take a look at 10 interesting facts about Three Gorges Dam and how it makes the earth rotate slow.

10 Facts about the Three Gorges Dam

The reservoir generated by the dam covers an area of 405 square miles.

Because the earthquakes caused by the dam were unstable, 1.3 million people from that region had to be relocated to keep the Chinese people safe. Aside from forcing people to flee their homes, the dam’s construction devastated historical landmarks and the ecosystems of many animal species, putting them in danger of extinction.

The reservoir’s erosion has caused landslides and has even threatened one of the world’s largest fisheries in the East China Sea. The dam is so big that it has generated a microclimate that threatens the region’s environment.

Because of the large amount of water being forced through the barrier, Earth loses momentum when revolving. This moment is mostly caused by the planet’s massive amount of flowing water.

Even more intriguing, the rotation of the Earth influenced time. Every five years or so, the day gets lengthened by one millisecond, which means that in the future, the day could be extended by hours. This caused the North Pole to move by two centimeters.

The Three Gorges Dam in China sparked fierce criticism both within China and in the international community. Millions of people have been uprooted, and cultural and natural treasures have been lost underground.

Dams continue to play a vital role in the global social, political, and economic system. However, for the foreseeable future, the particular nature of that role and how dams will interact with the environment will most certainly remain a source of contention.