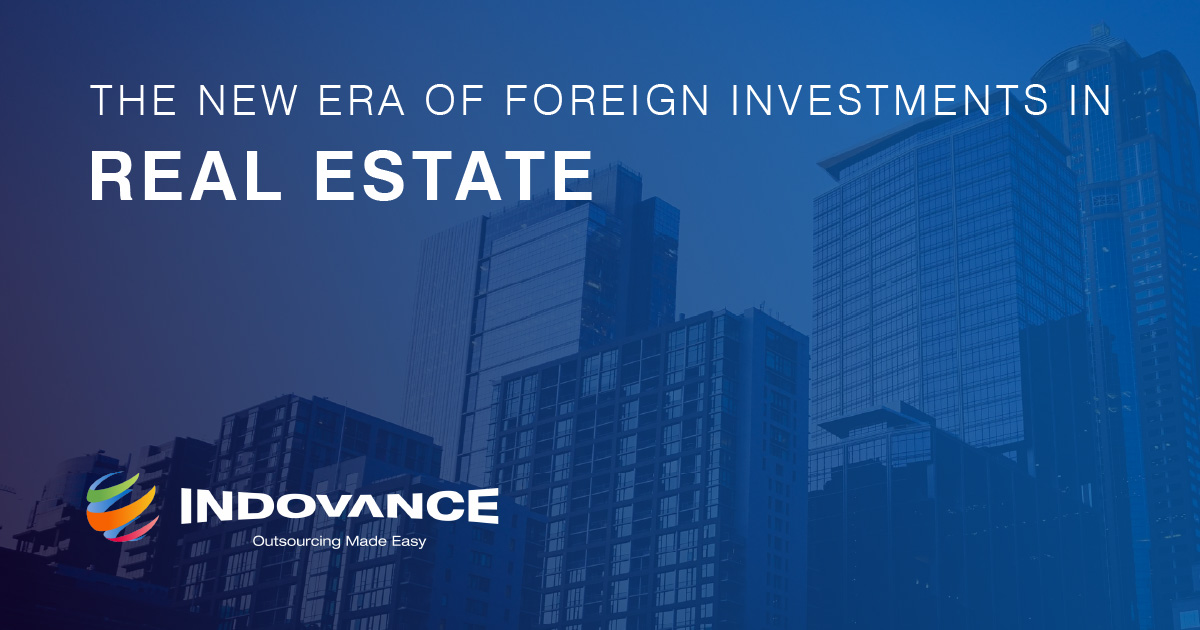 There has been a rhyme or reason in current foreign investor tendencies, particularly when compared to their previous property preferences. Over the previous three years, foreign investors overwhelmingly favored office assets, accounting for more than 38% of total investment volumes.

There was an engagement in metro central business districts (CBDs) over suburban office parks (25% to 13%, respectively).

The worldwide events of the past few years have had a significant impact on real estate, ranging from office real estate disruption to the emergence of secondary markets. Industrial and multifamily housing have emerged as clear frontrunners in terms of good growth. As employees sought residences with more space and amenities, multifamily owners and investors benefit from the shift to remote and hybrid work environments, while industrial owners and investors gained from an increase in e-commerce demand.

These industries are now competing for labor, resources, and investment in a horse race. Investors who are unsure which industry will win should be informed of current developments in both sectors.

Foreign investors made up for a lost time during the epidemic by investing $21 billion in multifamily properties in the United States, shifting their attention away from major coastal cities and into the Sun Belt and secondary markets.

Foreign investors are particularly interested in student housing and the effects of climate change.

Despite affordability difficulties, multifamily properties in prime, coastal regions remain appealing investments. According to an Unacast analysis, migration to Manhattan is growing twice as quickly as it did in 2019, despite New York City rents climbing 33% between January 2021 and January 2022 – in many cases, exceeding pre-pandemic levels.

Multifamily housing demand is expected to continue high in the future years. This is due to a combination of low supply and an increase in first-time tenants. Young people joining the labor force may have been exposed to the worst of the pandemic at their parents’ houses. Many young people are signing their first apartment leases, encouraged by increasing work prospects and general income increases.

One of the reasons multifamily appeals to lenders and investors is the increase in tenant population. Projects are generally simple to fund, and a same-store comparison is a simple analysis. Multifamily’s allure is only going to rise as more companies relocate to or develop in places where there is a high concentration of talent.

In an economy characterized by quickly shifting product lines and evolving business models, industrial real estate has shown adaptability. According to a January 2022 CBRE research, industrial real estate vacancy rates fell to a historic low of 3.2 percent in the fourth quarter of 2021. Southern California and Central New Jersey, as well as Boston, Charleston, Reno, and Salt Lake City, all have vacancy rates of less than 2%. Third-party logistics providers are driving sector expansion as demand continues to outstrip supply.

Third-party logistics providers are expected to account for 35% of all industrial leases in 2022. The largest demand is for Class A space. Much of it is brand new, as cutting-edge, smart technology often necessitates additional space: Recent initiatives involving the installation of data-capturing smart controls, audio-visual and light communications, security, access control, and tracking systems were reported by 60 to 82 percent of respondents.

Big Data necessitates the development of real estate to house complicated IT systems. The rapid use of hybrid or remote work settings, combined with the advent of e-commerce, has accelerated the growth of the data center business. According to research by the Northern Virginia Technology Council, the data center industry would sustain over 45,000 jobs, generate $3.6 billion in labor income, and contribute $7.5 billion to economic output by 2021. Demand for data centers is likely to rise further through 2022, and investors can earn profits in a faster timeframe. While the design process may be speedier, data center construction may suffer delays due to labor shortages worsened by the growth of both multifamily and industrial structures.

Ultimately, while establishing an industrial property on speculative grounds was once unheard of, the practice is becoming more widespread as the supply-demand imbalance persists.

Industrialization has been the new principal target for foreign investors, increasing by a significant margin from 15% to more than 30% of all foreign capital invested since Q2 2020.

Foreign investors have flocked to this sector’s thriving fundamentals and the upbeat macro trends toward larger-scale last-mile distribution and just-in-time logistics demand.

According to CBRE (Coldwell Banker Richard Ellis), rents in the sector have topped a 30-year high of $9.10 per square foot, and net absorption has reached a 30-year high of 432.5 million square feet. These are all signs of sustained demand targeted at combating supply chain disruptions and rising transportation and construction costs.

Multifamily has grown in importance, ranking second only to industrial in terms of total capital invested by foreign corporations in US commercial real estate. Earlier, foreign investors targeted the sector roughly two-thirds less than domestic investors; however, the recent shift into multifamily is likely due to the added benefits of annual rent level resets as income protection during a period of strong inflation and wage increases.

Since the outbreak of the pandemic, retail has lost 12 percent of its historic average investment share, falling from a 17 percent concentration to slightly under 5 percent. 10 While their domestic counterparts have begun to re-enter the sector, it appears to be facing too many headwinds to attract much attention from the international community, such as long-term work-from-home and e-commerce patterns, and inconsistent consumer spending in the aftermath of COVID-19 variants.

CBD (central business district) offices, which have traditionally been a favorite of international investors and comprised of trophy assets have plummeted 7% from a pre-pandemic average of 25% to 18%.

This is the second-largest decline behind retail. While workplaces have typically offered steady returns and predictable income streams, the pandemic has caused a shift in work location patterns, and thus a shift in the income stability of office properties.

Foreign Investors Flocking towards Emerging US Markets in Real Estate

Until the outbreak of the pandemic, the six major US gateway markets—Boston, Chicago, Los Angeles, New York, San Francisco, and Washington, D.C.—had historically accounted for under half of all foreign investment activity into US real estate since 2001.

This is a dramatic contrast to domestic investor activity, which has invested in gateways at a rate of 29 percent since 2001. That foreign concentration in gateways has decreased in recent years, falling to 40% on average in the three years preceding the epidemic. The attraction towards some of the greatest urban locations has withered even further after Q2 of 2020.

Since the second quarter of 2020, these gateway markets have accounted for only 27 percent of total foreign investment, with the balance shifting proportionally to the other primary, secondary, and tertiary markets.

Some Major Factors for this transition:

Despite a period of turbulence, the US market continues to be an overwhelming leader in the global commercial real estate industry, attracting investors from around the world due to a diverse selection of assets and ease of doing business.

Private equity has a strong belief in both the multifamily and industrial sectors, and it is investing in both sorts of projects. Both multifamily and industrial real estate demonstrated adaptability to the economic and sociological upheavals accelerated by the COVID-19 epidemic. Both experienced secondary market expansion and are being impacted by the increasingly important ESG movement. Labor shortages, surges in inflation, and supply chain disruptions are expected to persist, but so are high internal rates of return in many industries.

With our team of 400+ CAD specialists we have successfully assisted in the development of various infrastructure projects in retail/commercial, resort, mixed-use, industrial, office, residential, recreational, educational, and municipal domains. With years of experience and extensive technical knowledge behind our back we deliver sustainable, skilled, competent, cost-effective, and comprehensive infrastructure engineering services right from the planning stages to permitting and construction.