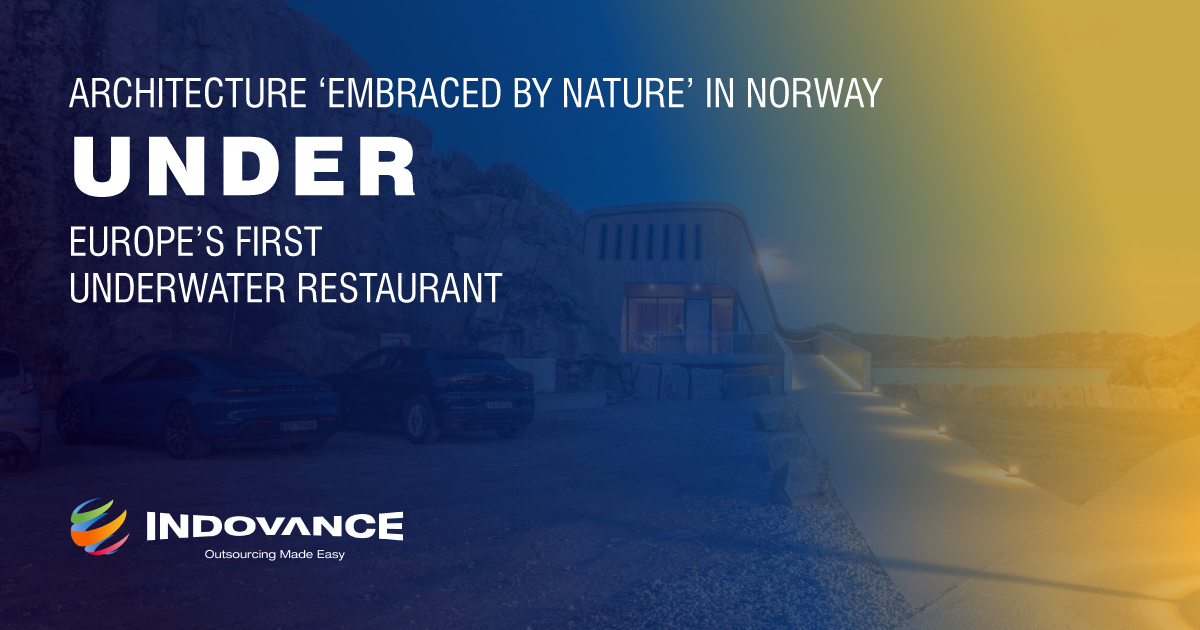 Snøhetta’s underwater restaurant ‘Under’ has been embraced by nature since it was finished in 2019, giving the impression that it has merged with the surrounding marine environment.

The approximately 500 square meter construction, which is the first of its kind, rests five meters below the water’s surface off the coast of Norway.

After three years, the architecture is finally serving as both a restaurant and a landscape, having originally been intended to serve as an artificial reef to emphasize the delicate ecological balance between land and sea.

According to their website, “Under, Europe’s first underwater restaurant, was built in close partnership with the owners and marine biologists, yielding a structure where the chef can harvest food from the roof.” 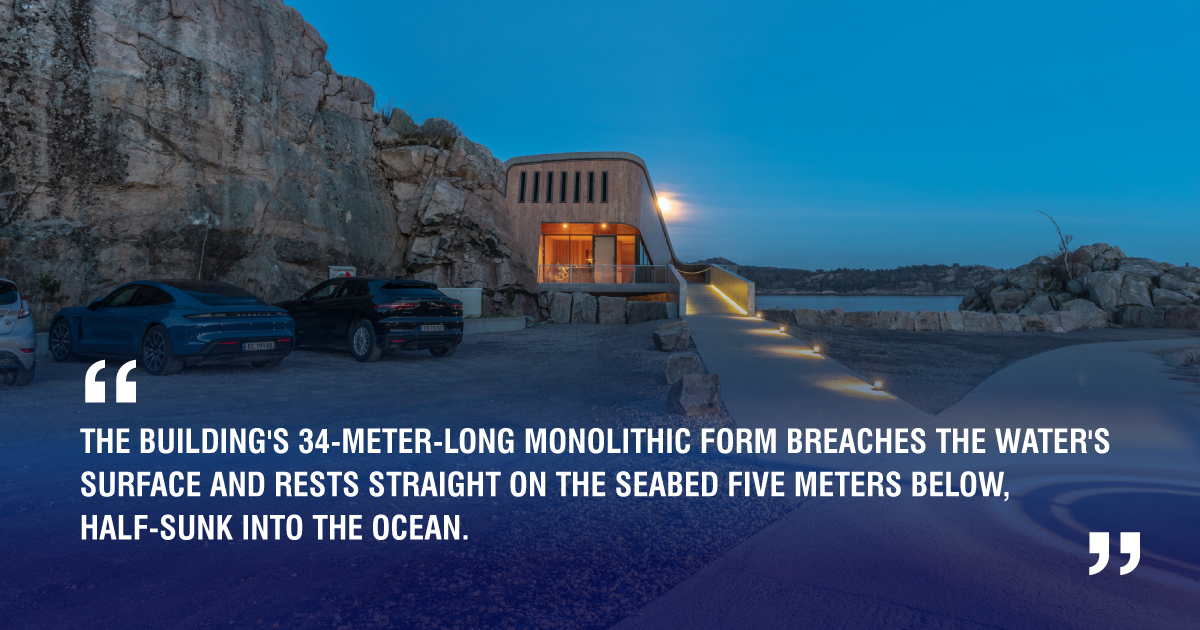 “Under” in Norwegian can signify both “below” and “wonder.” The building’s 34-meter-long monolithic form breaches the water’s surface and rests straight on the seabed five meters below, half-sunk into the ocean. As the concrete shell’s roughness will serve as an artificial reef, luring limpets, and kelp to dwell in it, the building is intended to gradually blend into its maritime environment. 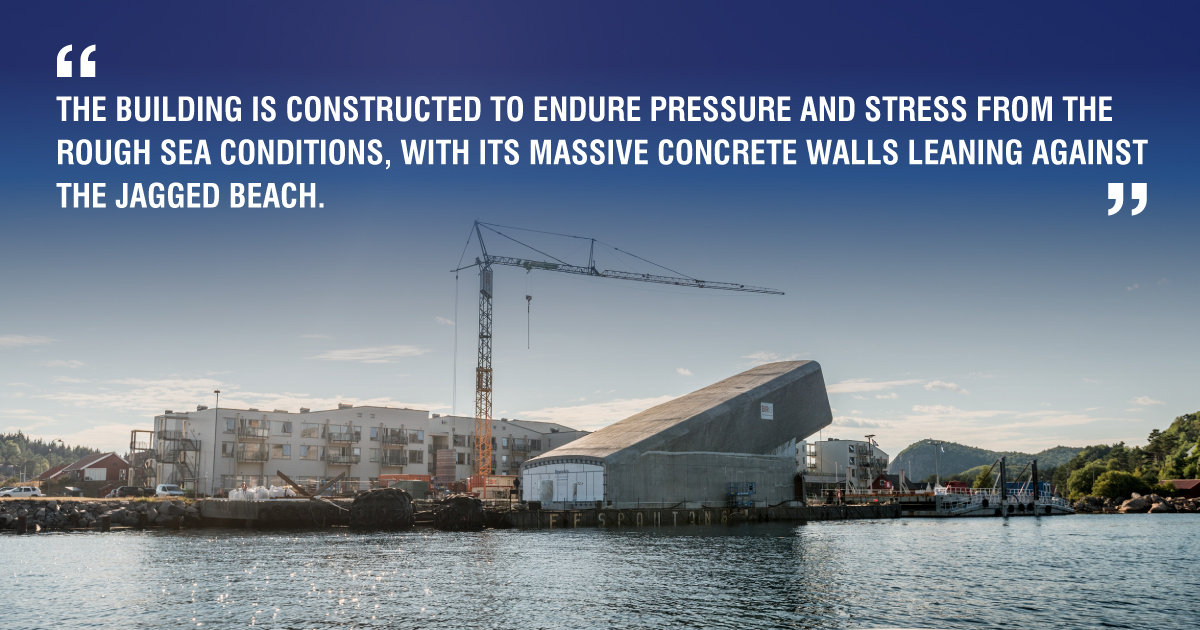 The building is constructed to endure pressure and stress from the rough sea conditions, with its massive concrete walls leaning against the jagged beach. The restaurant’s enormous window provides a view of the seabed as it varies with the seasons and various weather conditions, much like a sunken periscope. 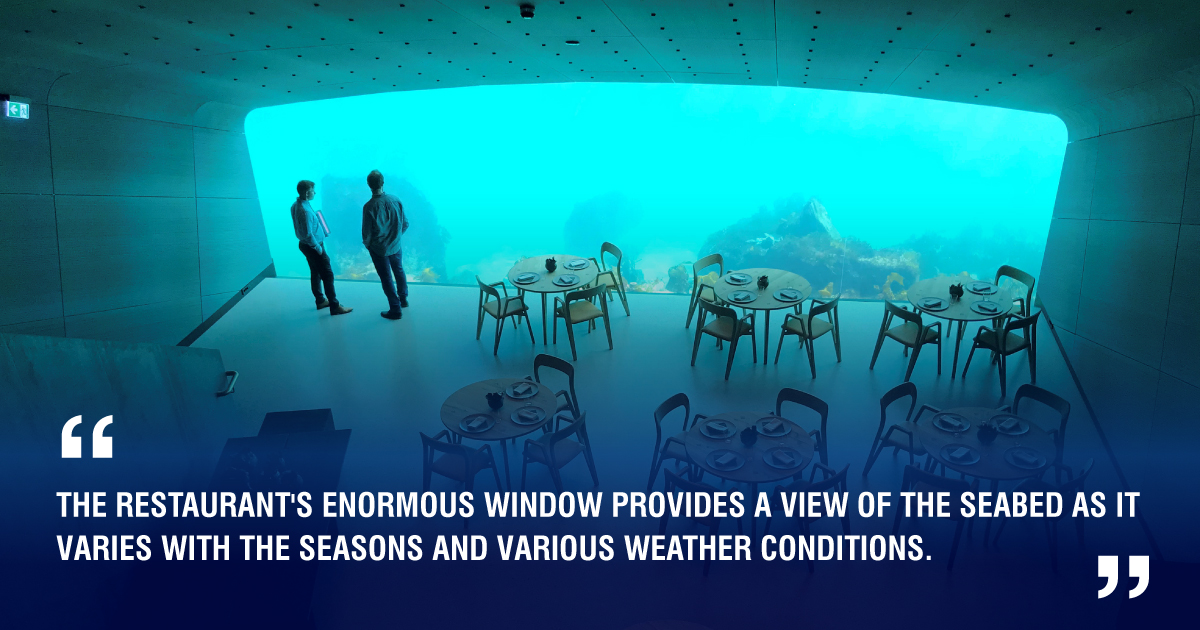 Under was created to provide guests with one-of-a-kind experiences and to provide a deeper understanding of marine life. The location is perfect from a marine biological standpoint because it lies in Lindesnes, where the less salty water from the Baltic Sea meets the saltier Atlantic Ocean. A pinnacle of species variety is produced by this diverse ocean, which brings together both species that do best in partially brackish water and those that do best in saline seas.

Marine biologists have recently been able to observe fish behavior and underwater life up close without disturbing them. This has allowed them to get novel insights and even rediscovered species that were previously believed to be extinct.

The project is situated in a special confluence where the sea storms from the north and south converge at the southernmost point of the Norwegian coastline. Here, marine life thrives in both brackish and salty waters, creating a place with naturally rich biodiversity.

A tribute to the sea’s untamed flora and the rugged coastline of southern Norway, the Snøhetta-designed restaurant also serves as a research facility for marine life.