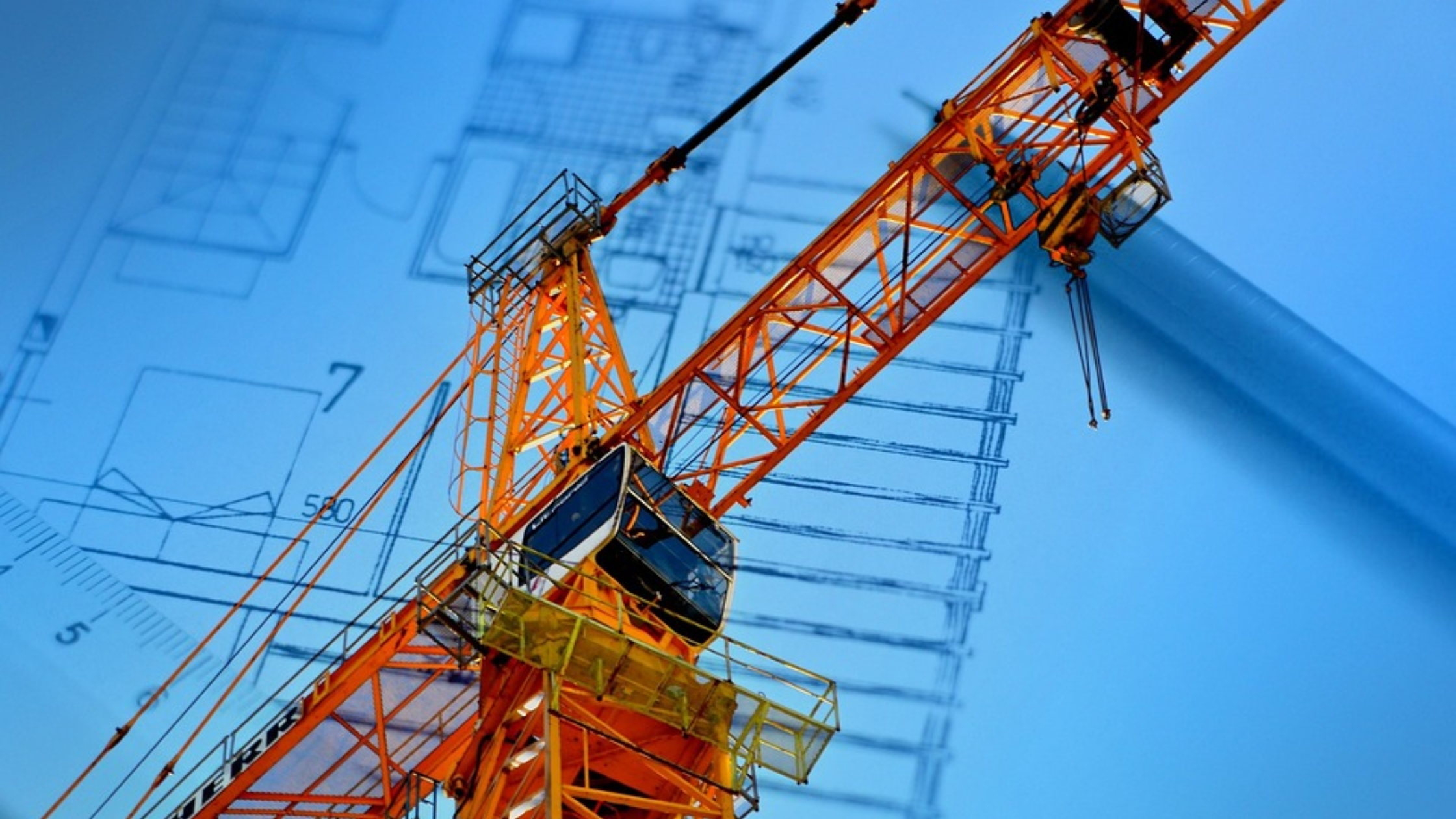 Each new year brings new and brilliant construction projects that will not only aid the country’s economic development but also improve job opportunities.

There are many highlights in store for the construction industry in America for the year 2022- This year also promises new parks and public spaces, new campus buildings, and civic jewels renovated and reimagined:. With climate change at the forefront of everyone’s minds, this project shows a variety of strategies for decarbonizing the built environment, ranging from ecological restoration to adaptive reuse. Here are a few of the major anniversaries we’re anticipating in the coming year.

Let’s go over the top projects to watch in the United States this year, complete with features and construction details. These high-profile and high-impact construction jobs which are valued in the billions are expected to reach major milestones in the coming year and beyond.

Top 10 USA Construction Projects in the USA for 2022 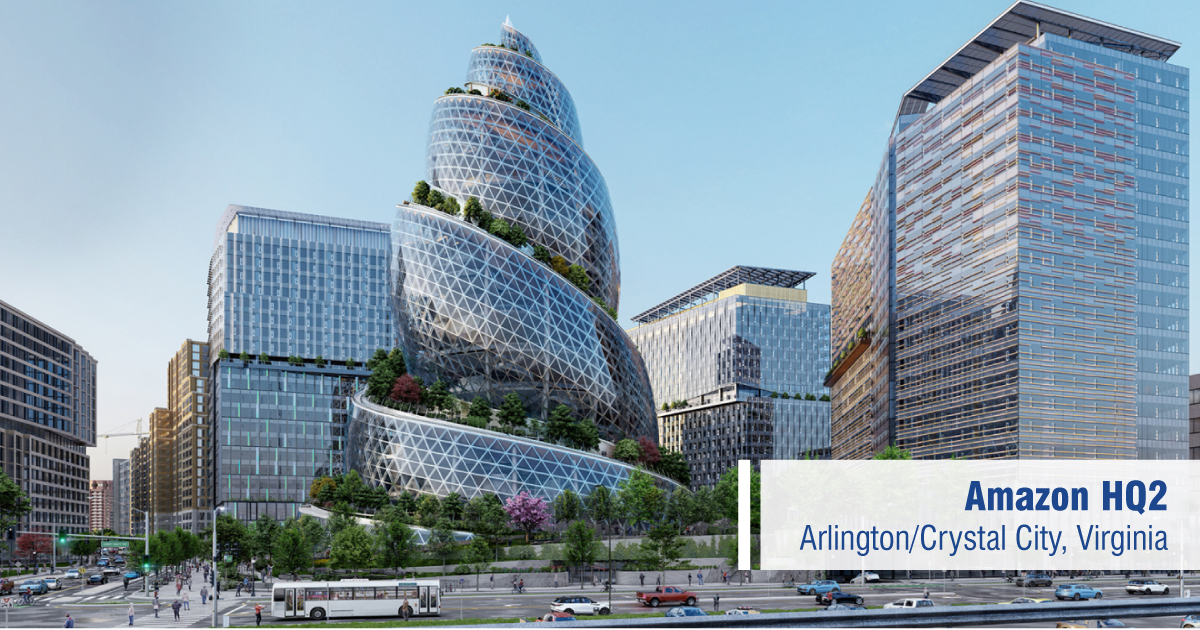 According to Clark Construction, the first phase of the new Amazon HQ2 office space at National Landing, which began in January 2020, is on track to be completed by 2023. The contractor anticipates crowning out the office buildings at Metropolitan Park in early 2022, finishing facade installation by summer, and moving on to developing the 2-acre landscaped courtyard once the buildings are finished.

The Metropolitan Park campus will house 2.1 million square feet of office space for Amazon in two 22-story LEED-certified buildings as well as 50,000 square feet of retail space for local small businesses.  The Amazon HQ2 budget is estimated to be more than $2.5 billion 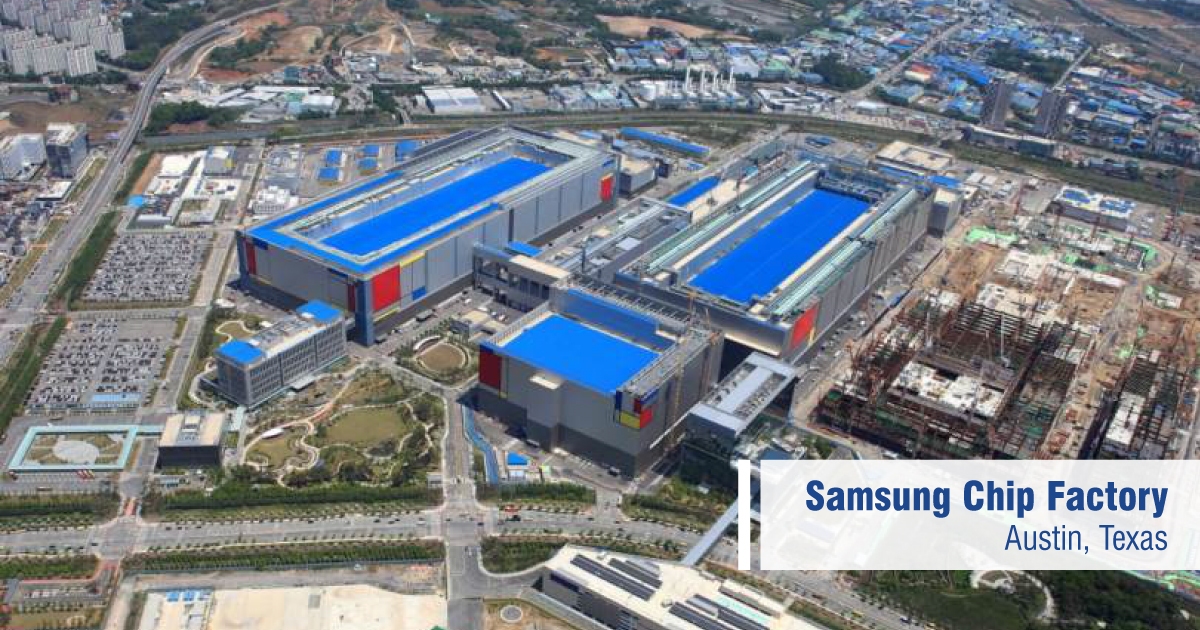 Samsung announced in late November that it is planning to build a $17 billion semiconductor fabrication facility in Taylor, Texas, northeast of Austin. Samsung plans to begin construction on the factory in 2022, with operations beginning in 2024. The project’s announcement came amid a global shortage of computer chips caused by COVID-19 supply issues.

The project’s lead contractor has yet to be announced by the company. It will be the company’s largest investment in the United States. Since the late 1990s, Samsung has operated a chip manufacturing facility in Austin and plans to share infrastructure and resources between the two establishments.

Read Related: Bechtel to Build $20B Intel Plant in Ohio 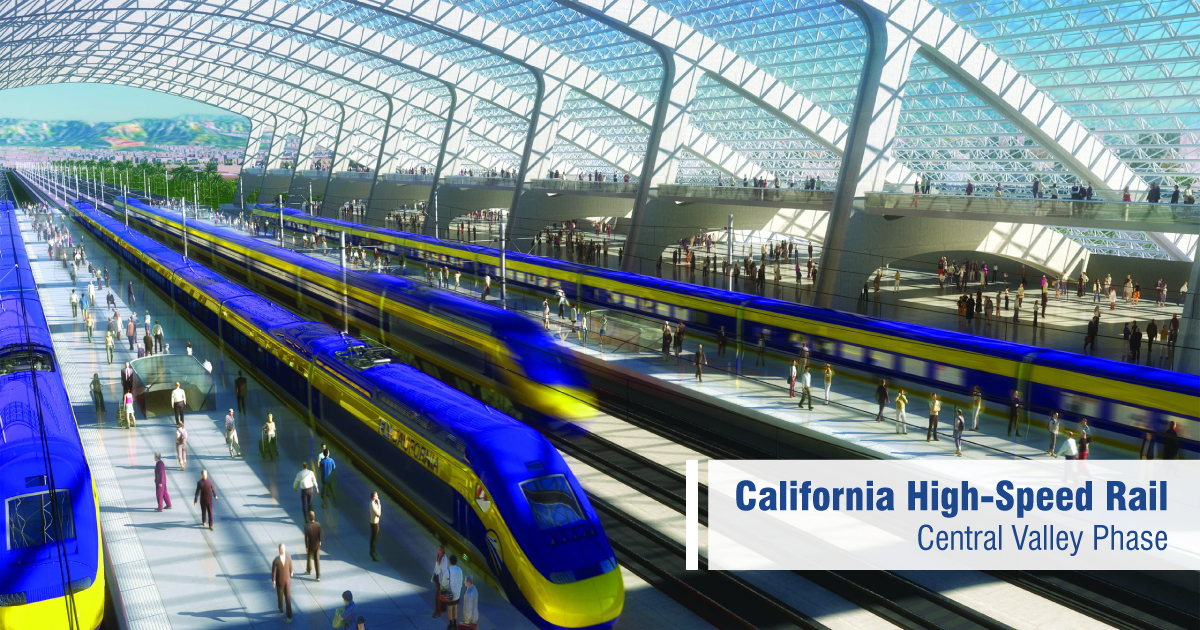 The California high-speed rail project, which, once completed, will be the country’s first long-distance high-speed rail line, currently has 35 active construction sites spread across a 119-mile stretch of the Central Valley. The system is expected to run from San Francisco to Los Angeles in under three hours, according to the State of California’s High-Speed Rail Authority, using bullet trains that can travel up to 200 miles per hour. The system’s reach would be extended over 800 miles with up to 24 stations if extensions to Sacramento and San Diego are built. The cost of the Central Valley section is currently estimated to be $13.1 billion. According to the rail authority’s 2020 business plan, the first section will run between Merced, California, and Bakersfield, California, with service expected to begin in December 2028.

Three design-build contracts are distributed to different companies for different phases and sites.

The rail services are expected to be operational between San Francisco and Los Angeles by December 2033. 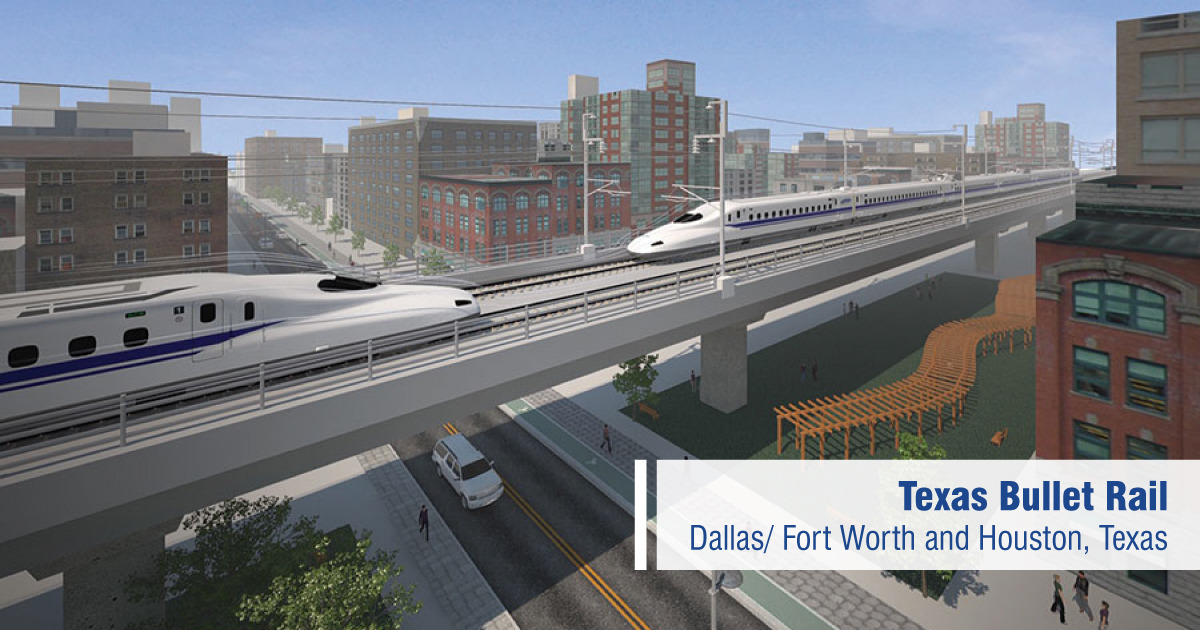 The dream of Texas Central Partners and Matthews Southwest Properties is to build a high-speed train line that connects Dallas/Fort Worth and Houston, Texas.

The ambitious project is expected to cost a whopping $20 billion. The “approximately 240-mile high-speed rail line will offer a total travel time of fewer than 90 minutes, with convenient departures every 30 minutes during peak periods and every hour during off-peak periods,” according to Texas Central. 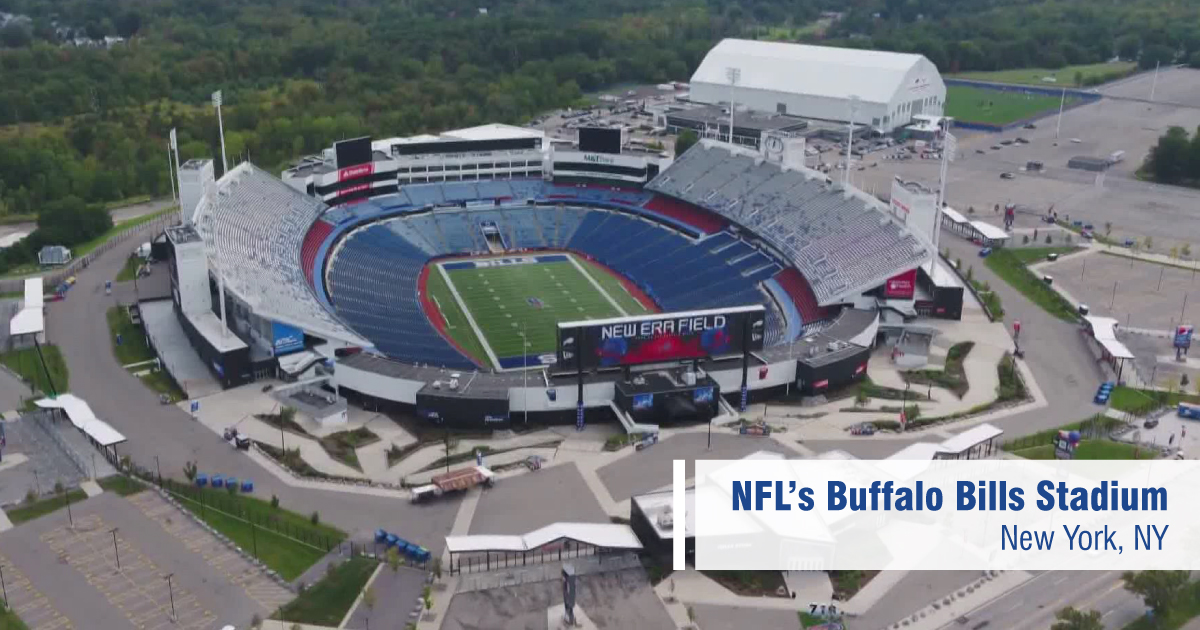 NFL’s Buffalo Bills submitted a plan to the City of Buffalo in August, ahead of the expiration of their lease to play home games at Highmark Stadium in Orchard Park, New York, for a new $1.4 billion, 60,000-seat stadium to be built by 2027.

The new stadium could be built on the Bills’ current site, directly replacing Highmark Stadium, or on a new site in downtown Buffalo, which has yet to be determined. The new stadium would be the 11th most expensive ever built if built on the Bills’ current site. It would be the third most expensive in downtown Buffalo, at $2.1 billion. In addition, the cost of relocating residents and businesses would be incurred.

The preliminary survey of the project and its impact was completed by the engineering firm AECOM last month. Due to the high estimated cost and shorter life span of a renovation, the company recommended building a new stadium rather than attempting to renovate the 50-year-old Highmark Stadium. The AECOM report also suggests that instead of building new in Buffalo, construction should be done in Orchard Park. 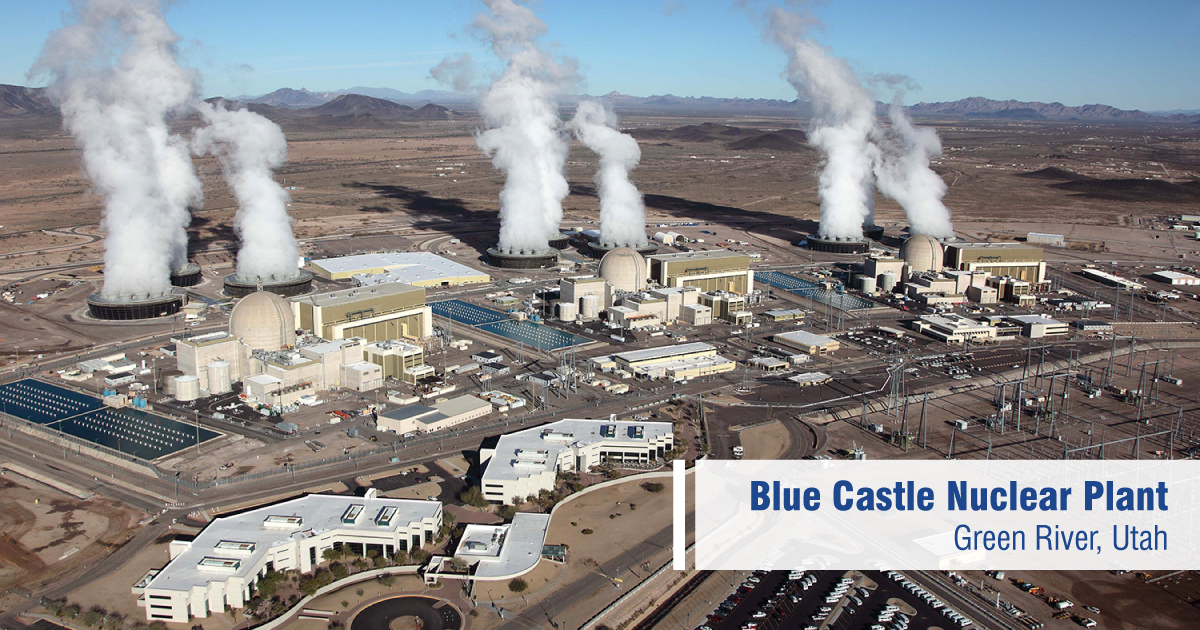 Blue Castle Holdings Inc. is working on a project to build a two-reactor nuclear energy facility near Green River, Utah, with a potential construction budget of $20 billion.

The project is expected to start construction in 2022, according to construction bid documents. “Planning is currently being conducted to provide consistent, competitive new baseload electric power generation and to reduce the developmental risk for electric utilities,” according to the company. The project had progressed to the design stage, according to documents from November 2021. The owners estimate that once the project gets underway it will take until 2030 to complete.

The project, according to Blue Castle Holdings, will use “less than 1% of current water diversion” in the state for its facility, while also claiming to increase the amount of electricity produced in Utah by 50%. According to construction bid documents, this number is slightly lower, with the addition of 2,200 megawatts of electrical capacity expected to increase electricity generation in the state by 30%. 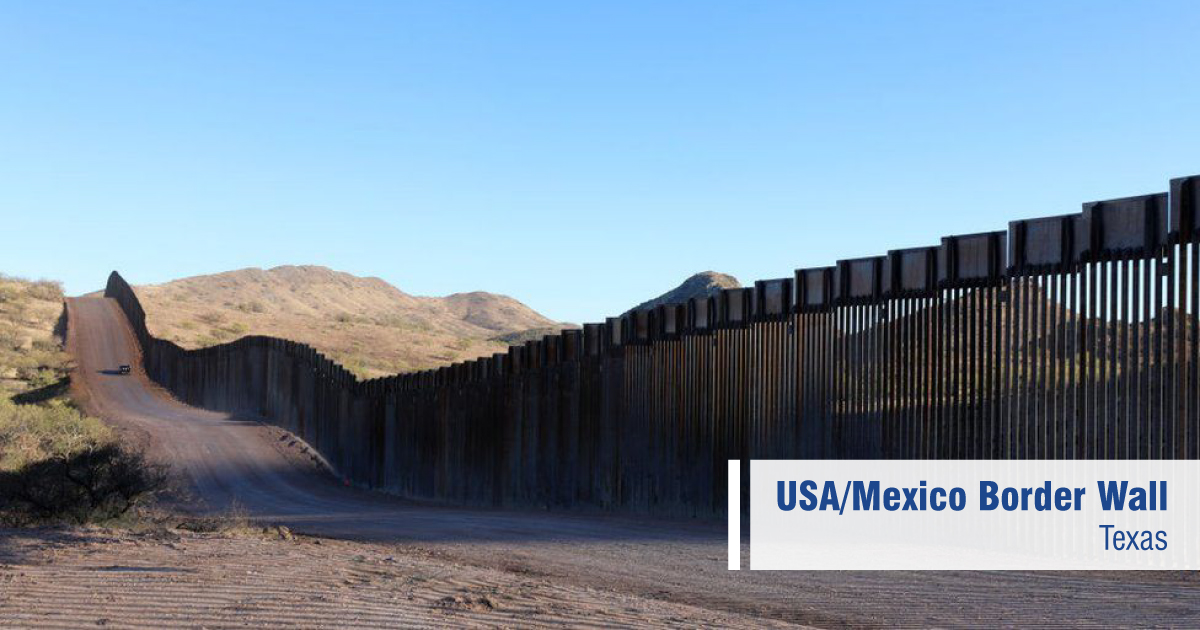 The Texas Facilities Commission has chosen Huitt-Zollars, a Dallas engineering firm, and Michael Baker International, a Pittsburgh-based engineering firm, as the project manager for the border wall and associated infrastructure. Postillion Civil Inc. was awarded a design-build contract for a portion of the border’s infrastructure, including wall construction, by the TFC in November. This Federal border wall construction project is estimated to have funding of over $1 billion. 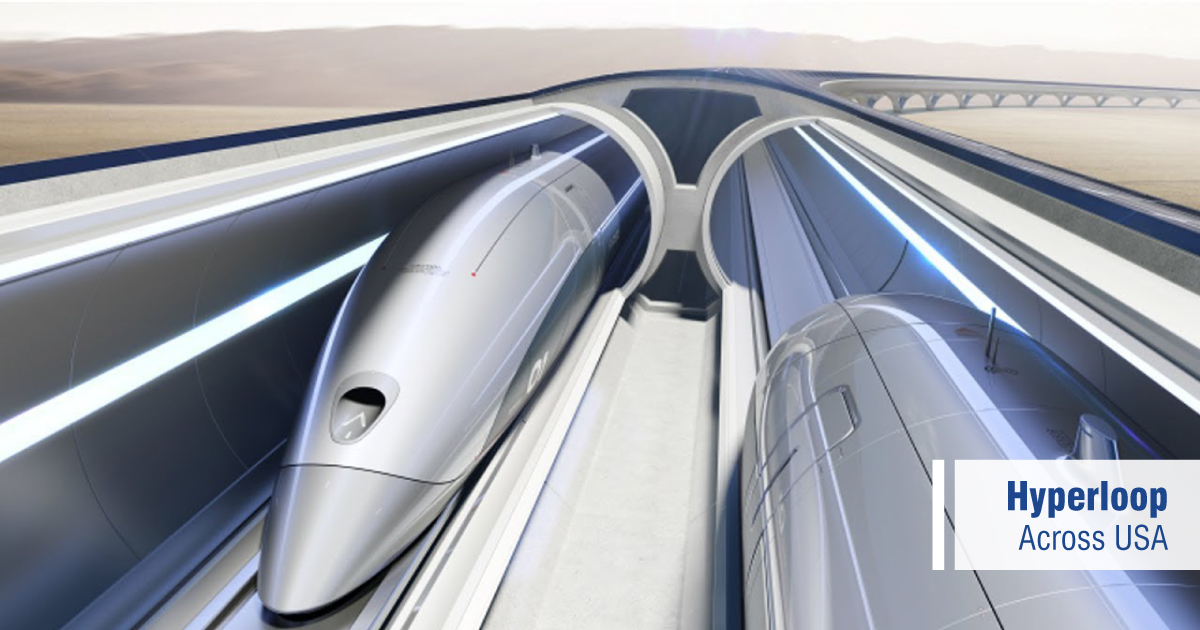 Elon Musk popularized the Hyperloop concept, which consists of a series of vacuum-sealed tubes that can transport passengers and cargo in low-pressure pods at speeds of up to 700 miles per hour. Around the world, hyperloop projects and test sites are in various stages of development.

Following the legislation’s passage in the Senate in August, Josh Giegel, CEO and Co-Founder of Virgin Hyperloop, said in a press release, “We’re on the cusp of a new era that will change the way we think about mobility in this country.”  The Virgin Hyperloop Certification Center is being built in West Virginia. The 800-acre site, which was first announced in October 2020, will include hyperloop testing facilities, training centers, and a certification track. By 2025, Virgin Hyperloop hopes to have received all necessary safety certifications and be ready to begin commercial operations by 2030.

Virgin Hyperloop has a working test track in Las Vegas and is eyeing the Midwest, Missouri, North Carolina, and Texas as potential hyperloop destinations in the United States. HyperloopTT, based in California, recently completed a feasibility study for a hyperloop route in the Great Lakes region, and Swisspod, a Swiss-American hyperloop company, has announced the construction of a test track in Colorado. 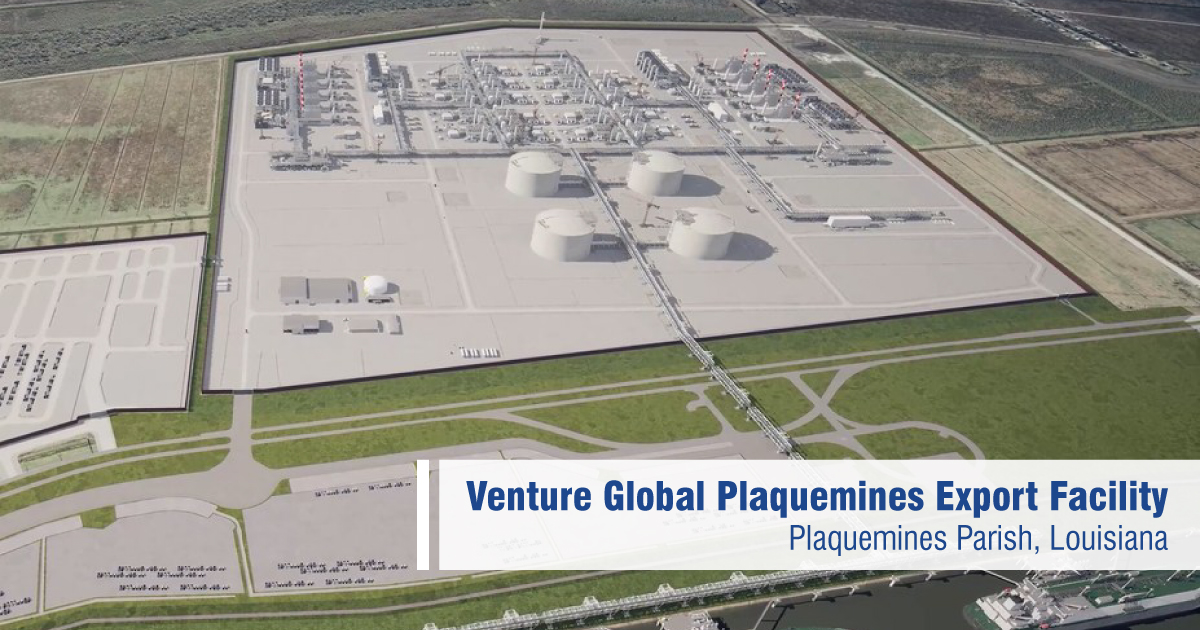 The project is estimated to be worth $8.5 billion. The project was approved, with construction beginning at the end of 2021 and continuing in earnest in 2022 according to documents with general contractors KBR and Zachry Group leading the way.

The facility will be able to export up to 20 million metric tons of liquefied natural gas per year once the project is completed according to the company. 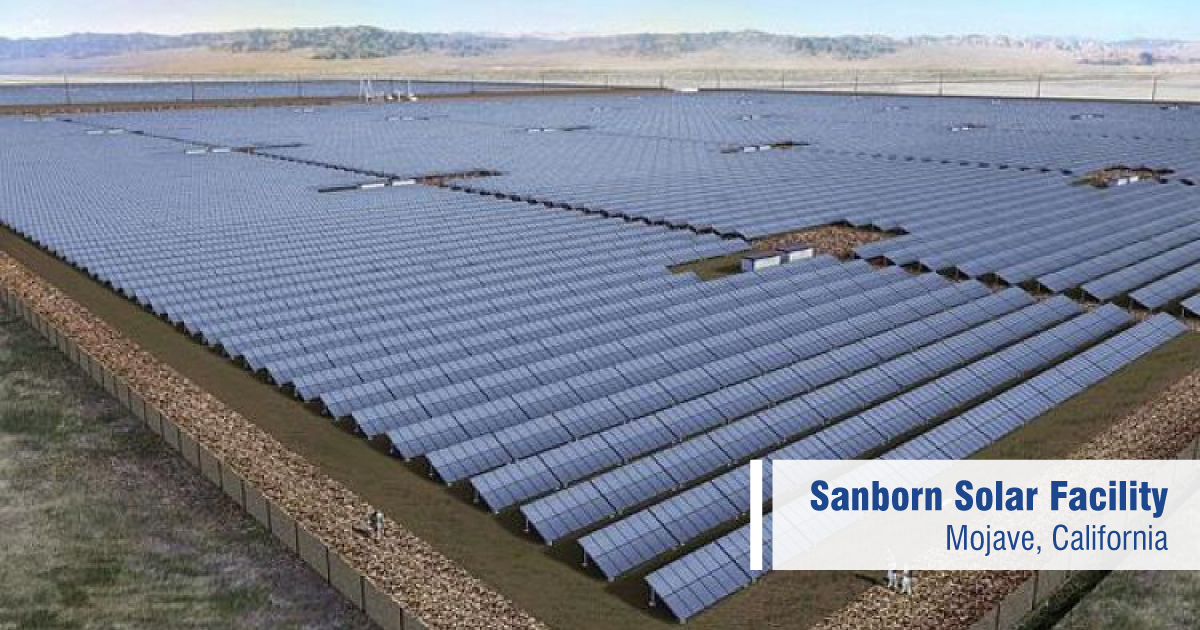 The Edwards & Sanborn Solar Facility and Battery Storage, which Mortenson and renewable energy developer Terra-Gen broke ground on earlier this year, is expected to be completed by the end of 2022. According to Dodge Data & Analytics, the project will cost around $1.15 billion and will be built on a combination of private land and a site leased from Edwards Air Force Base.

According to Terra-Gen, the project is being phased in and a portion of the solar arrays are already operational. According to Solar Power World, the facility will include a 1,118-MW solar complex with 2,165 MWh of energy storage capacity, making it the largest single solar and storage project to reach this stage of development.

Over 2.5 million solar panels are expected to be used in energy production, with over 110,000 lithium-ion battery modules for storage. The Edwards & Sanborn facility’s energy is expected to power more than 158,000 homes and displace more than 307,000 tonnes of CO2. The solar modules will be provided by First Solar, and the batteries will be provided by LG Chem and Samsung.

Read Related: Top 5 Construction Projects in the USA to Watch in 2023

Top 5 Construction Projects in the USA to Watch in 2023

Indovance Inc  with its exclusive delivery hub in India is a global CAD technology partner serving the needs of the AEC industry since 2003. We focus on the unique need of each project or client and believe in addressing the real challenges and guarantee that the process will be well-coordinated, smooth, efficient, and hassle-free.

We collaborate with our customers around the world to develop bespoke business solutions using our enormous engineering talent pool and state-of-the-art technology. To deliver long-term engineering and business strategies, we align with your culture and processes to create an unbreakable partnership. With over 500 full-time employees and more than 600 customers in the US, Europe, India, and Asia, we are poised for the next level of success.

Indovance acts as a catalyst, Empowering You for positive change and supporting you to Do More.

Connect with a Specialized CAD Partner