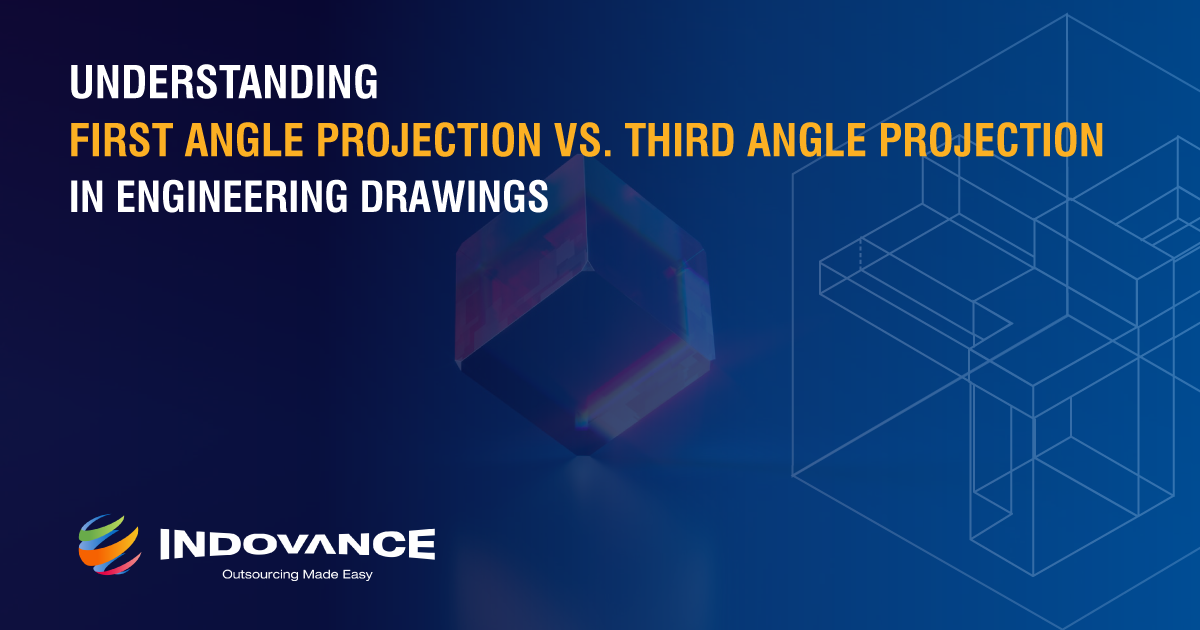 Engineering Drawings are used to communicate concepts, dimensions, shapes, and methods for the creation of an object or the development of a system. All descriptive geometry techniques are built on the orthographic projection.

Multi-view or an Orthographic projection is a technique that can be used to fully describe an object’s shape and dimensions utilizing two or more views that are often projected at 900 to each other, or at specific angles. The completed drawing is then copied and delivered to the shop or job site.

The orthographic projection system is used to illustrate a 3D object using parallel lines to project 3D object views onto a 2D plane.

What is an Orthographic Projection? 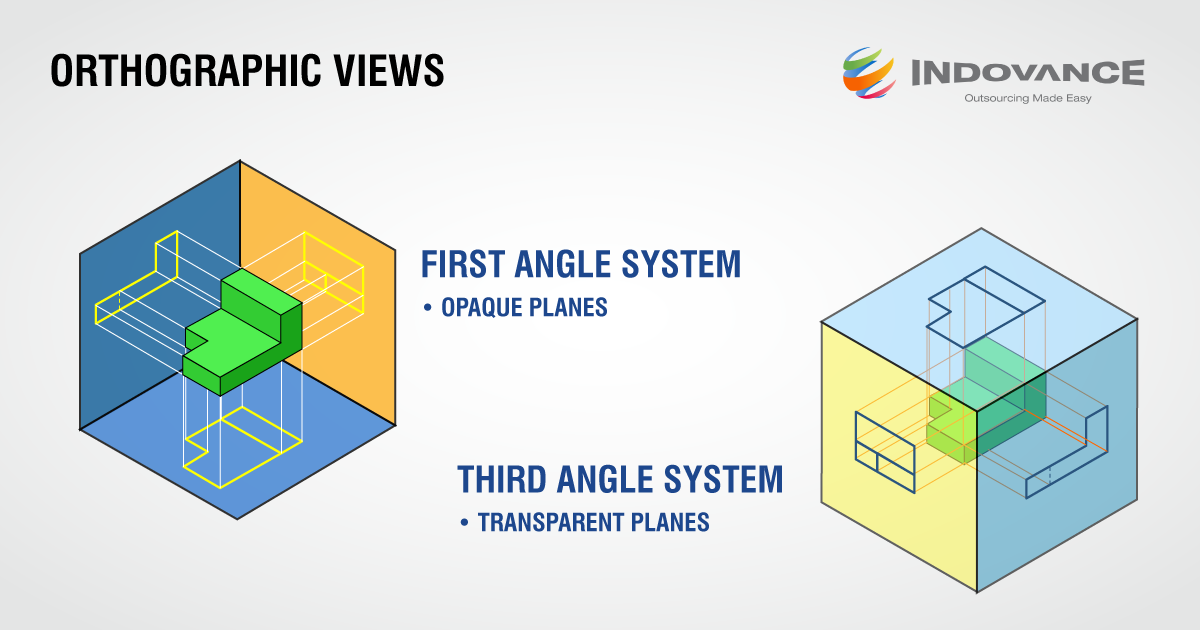 Orthographic projections are a type of technical drawing in which different views of an object are projected on various reference planes while viewing perpendicular to each reference plane.

The reference planes include:

There are two types of drawings that the orthographic projection technique can create:

It can be seen by observing the shadows of objects cast by light sources that an object can be ‘projected’ onto a two-dimensional surface (i.e., a plane of projection) by projecting points of the object onto the surface and joining them in order.

The orthographic projection system is used to illustrate a 3D object using parallel lines to project 3D object views onto a 2D plane. 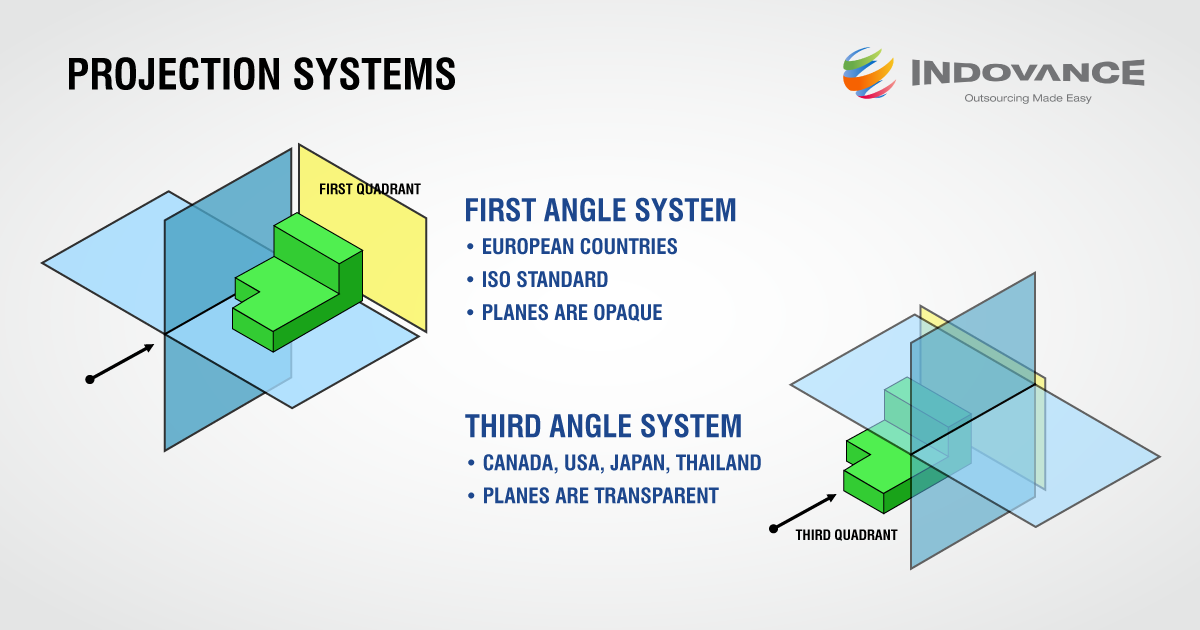 What is a First Angle Projection in Engineering Drawings? 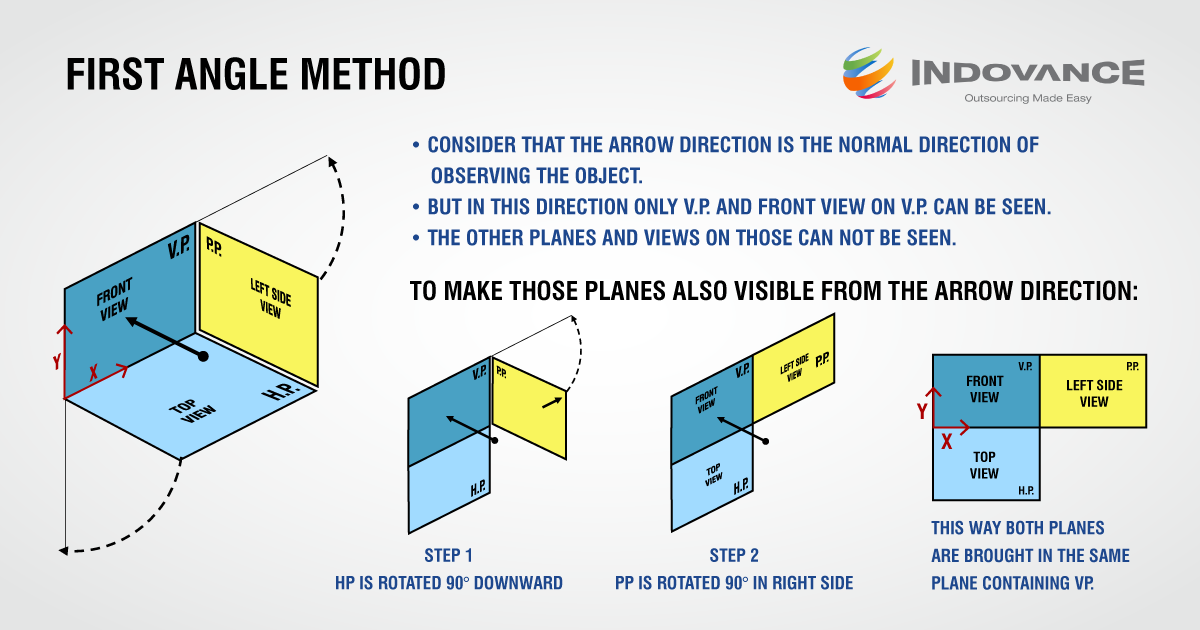 What is a Third Angle Projection in Engineering Drawings? 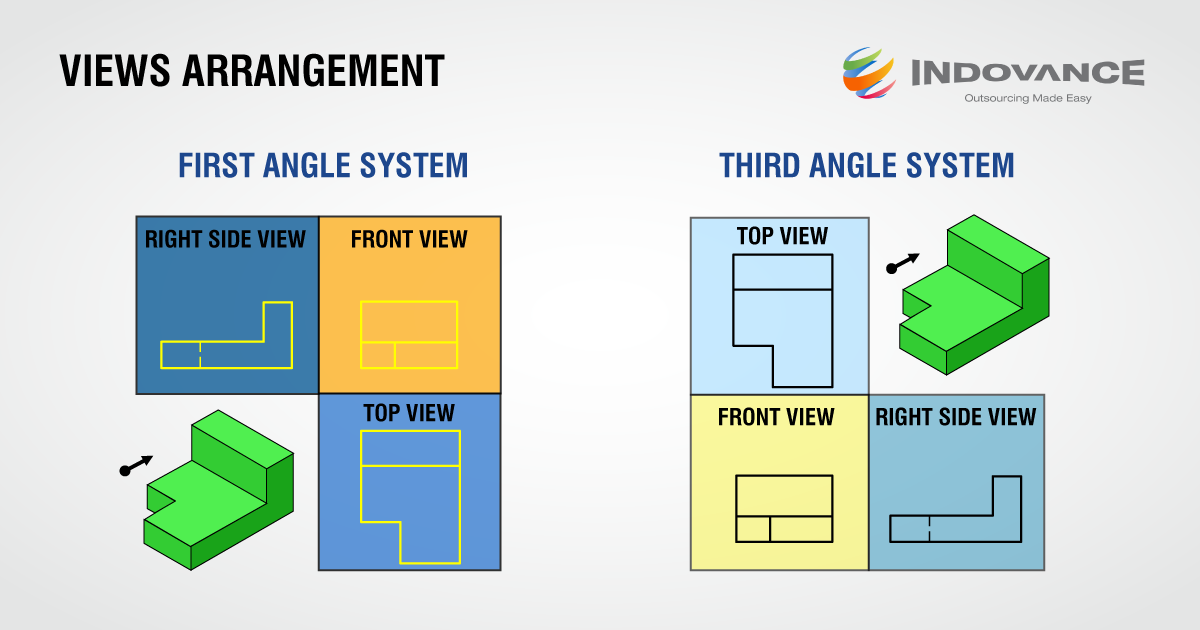 The undeniable reason for the importance of graphics or drawing is that it is the language of the designer, technician, sanitarian, and engineer, used to communicate designs and construction details to others. Graphics language is written in the form of drawings that depict the shape, size, and specifications of physical objects. The language is read by interpreting drawings so that physical objects can be built exactly as the designer intended.